It was a glorious day. The sun was shining, the spectators topping up their tans. The bar was busy, busy with the need for super cold drinks, and our trojan finalists played on! We started early at 10am to give the players some respite, and there was some superb tennis.

The Men’s Plate was long and hard. These guys played for over two hours and attracted many spectators. Eventually someone had to win, congratulations to both Polydorou and Georgio for some great tennis. Polydorou eventually taking the Plate!

The Ladies Doubles was also a cracker. This year we had two new members in the final. A new, formidable pairing in Sarah and Claudia, playing Caroline and Lindsay. They used all the court! There were some great ‘gets’ and phenomenal volleys. There were frequent shouts of well played and good shot from the audience! Eventually Lindsay and Caroline took the match, but it was so exciting.

The Mixed Doubles also saw some new pairings. With Jack Shepard and Vicky Warnes taking the court to play Oliver Bunyan and Lindsay Cameron. This match again drew an audience with lots of gasps and ooo’s as these four played to the lines. Some superb tennis and good on court communication. Jack and Vicky took the crown on the day, but watch this space. Who knows what might happen next year?

The Men’s Doubles also had new members involved, it was great to see Peter Scollen and Andrew Harris take on Oliver Bunyan and Jack Shepherd. As a newly formed pair they had a formidable task in the heat of the day, but everyone had a good time and excellent shots abounded. Oliver and Jack taking the Cup.

We finished with the Men’s Singles,  the Ladies Singles has been delayed because of the searing heat, and news of this will be posted asap. Jack Shepherd taking to the court a third time that day against the current Champion Jon Warnes. We had a thrilling first set, with Jack leading 4-2, before Jon fought back and took it. Battle Royal ensued and Jon Warnes retained his title.

A great day was had by all. Thanks so much for all the help, especially to the Tournament organiser, Lianne. We really appreciate those who Umpired, helped with the food and cooked the delicious post tournament BBQ.

A totally enjoyable, laid-back afternoon of tennis on a very pleasant day. The winner of the bottle of bubbles was Colin Woodley. It was great to see so many people enjoying themselves having a good competitive game. What a delight having such young well-behaved children running around our lovely space.

And what could be better than rounding off such a fantastic afternoon with our own outdoor gig with the very talented Gemma & Nicky (& Rich on bass) a.k.a. Lost Chimes. We are so fortunate to have such amazing people amongst our community. The rain held off and we sang together. What a great way to celebrate being able to gather again.

Enfield Lawn Tennis Club are back with aplomb! We are hosting an event for members only, a fun tournament followed by music by Lost Chimes! Bar will be OPEN! We hope to see you all there!

The latest and hopefully final, COVID 19 lockdown comes to an end soon, with play and coaching due to commence (with certain restrictions) on 29th March 2021.

We will start rotas as soon as possible and club tennis turn up and play will be Wednesday 7:30pm and Sunday 10:00am. The rota organisers will be in touch soon.

Also, we will run some fun tournaments and the Middlesex League will also commence for the summer, so plenty of tennis action to look forward to.

The LTA COVID guidelines applicable to play at the club can be found via: http://www.lta.org.uk/coronavirus

The month long Covid 19 lockdown will end on Wednesday the 2nd December. Look out for details on the club social WhatsApp Channel for the club night on the first night back. There seems to be lots of pent up enthusiasm to get back on the court so we hope you all enjoy playing again

Please note that the same restrictions prior to lockdown remain in terms of social distancing and also the clubhouse access will be restricted access to the lights and loos and the bar remains closed.

2020! What a year it has been so far but luckily we’ve been able to play tennis most of the time.  We had a huge number of new members over the summer and are continuing to get enquiries into autumn which is fantastic for the club. Please welcome any new players and help them with any enquiries.

The Winter leagues have started and after the summer matches being cancelled, it feels good to be back playing the Middlesex games.  All the clubs we have visited so far have had good Covid measures in place and the players we have spoken to feel very safe. With no socialising after the match, players are home quickly and things are running smoothly so far. We have 4 mens teams, 2 ladies teams and 2 mixed teams playing this season so good luck to all.

I have added the new LTA summary sheet for the different Covid Tier levels below. As you can see, there is very little difference between them. Because all of our tennis is outside we are able to continue without any restrictions and in addition even if we were in tier 3, as almost all of our matches are all in London, we could continue if all players and clubs agreed.

So please keep enjoying your tennis, keep recording your names on the list inside the club house for our track and trace and keep your distance so that we can make sure all players are safe. See you on court soon.

According to the updated LTA guidelines – Doubles play can now resume with the current social distancing still applicable.

As such Wednesday Summer Social Evenings will again start for double play – all members welcome.

Follow the link and you can book a court and also check availability. During busy times you may need to have your booking confirmation at hand.

Instructions have been sent to members by email on  how to use the system. This can be used on any computer as well as mobile phone. 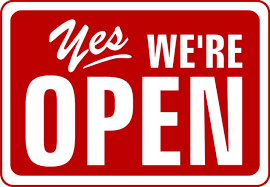 After the recent suspension of play due to the COVID-19 lockdown – the club is now open for singles play. New members welcome and special new joiner membership deals apply.

LTA Guidelines have been sent to members: Singles play allowed with social distancing being applied and each player using separate sets of tennis ball. Doubles permitted if all players from same household – the clubhouse remains shut.

Please use hand sanitiser after play

As the situation evolves the committee will update the membership

Thanks to all who made it on Sunday. Some major jobs completed such as pressure cleaning the roof and laying down 5 tonnes of shingle on the path as well as giving the club a deep clean. Also some new score boards and new benches. Good Work and thanks for the bacon butties! 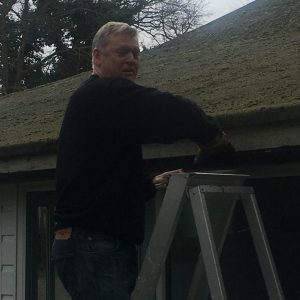 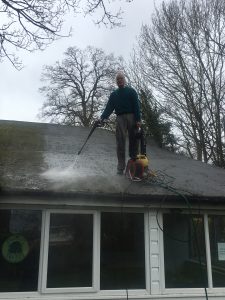 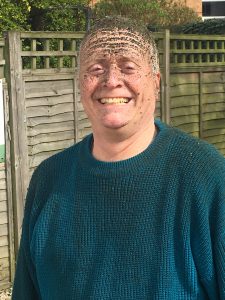 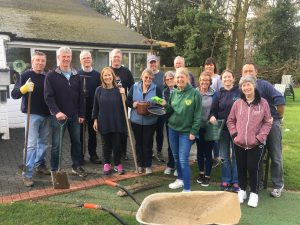 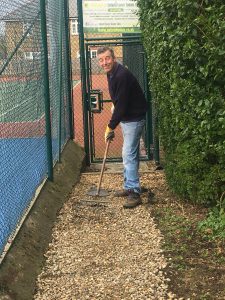 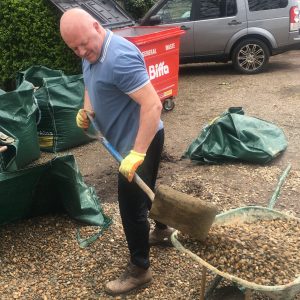 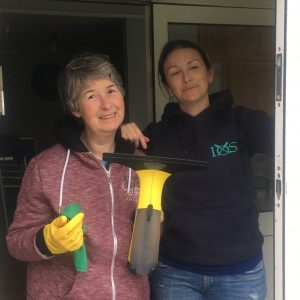 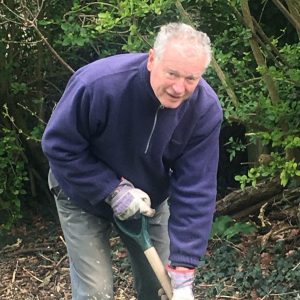 We love taking pride in our club and leaving visitors with a good impression of our Clubhouse and facilities.

Come help give the place a brush, tidy, shine at our annual maintenance day.

If you are very lucky you could get help polish off some bacon butties or partake in a cuppa!

Call to enquire about our Introductory £99 New Member Special Offer